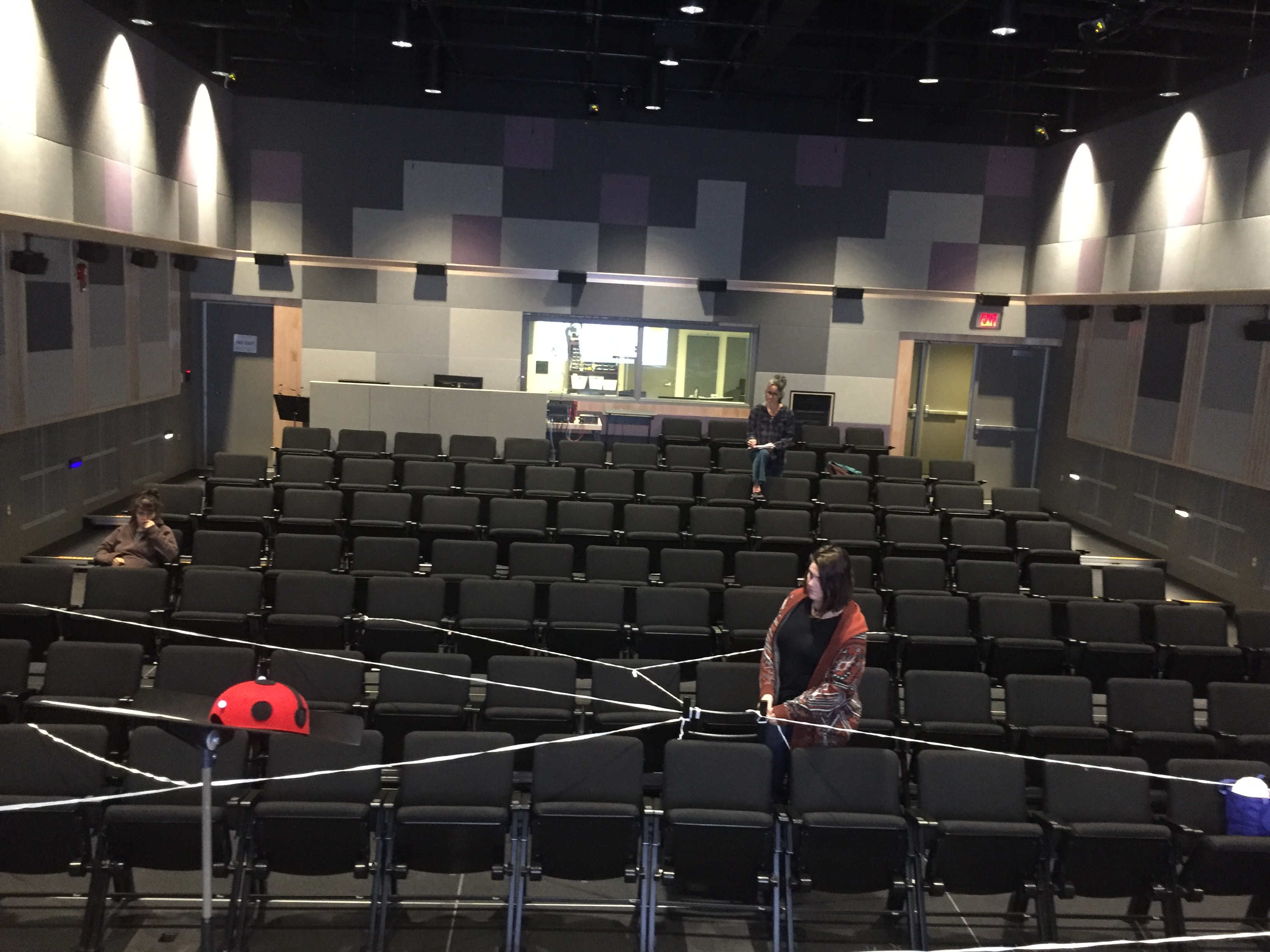 
Most not for profit theatre in Canada is performed acoustically, they don’t amplify the actors on stage. In larger theatres and commercial theatres they will more often amplify everyone, and in musicals the standard is to amplify everyone and everything.

Sadly, little work is done on the acoustics of a room to lessen the needs for amplification. Actors have to fight HVAC, loud lighting, projectors, street noise, noisy seating and rooms where the echo/reverb make it a struggle for clarity regardless. I’ve spent time tracking noises down in theatres, usually there are ways to minimize some noises like tracking down the one light with a loud fan, or the one reflective surface that doesn't help the show. Even so, projectors are often loud, dimmer packs can’t be masked or baffled or some other systematic problem that should have been dealt with during construction can't be fixed. When that happens its sometimes necessary to help the actors reclaim the lost dynamic range by making them louder.

The standard ways of amplifying actors are one of two mic’ing techniques, either shotguns or wireless. Shotguns are fixed mics that have a very narrow focus. For Dash Arts and Luminato’s 1001 Nights, we used shotguns in a false ceiling and around the edge of the stage, riding mics depending on actors blocking. This works fairly well at lower levels, with a set that doesn't add too many reflections and if you can get enough coverage and either program each change in blocking or have a sound mixer who can follow the show on the fly. You’ll never get anything sounding very close, since the mics are typically 3-6 metres away from the actors and often it can make shows louder but not clearer, but it helps. With Alice Through the Looking Glass we had a set that aided the use of shotguns perfectly, lots of soft goods or curtains that muted down reflections or echo and a ramp that helped focus sound going to the back of the stage into an easy to mic situation.

In situations where it calls for actors to be wirelessly mic'd, the sound designer must work with costumes and wigs to mount mics as unobtrusively as possible, with the mixer to put together a mix book and even to design the system to aid the even dispersion of sound. Its a specialty of sound designers who work in musical theatre primarily. For instance at Mirvish's CAA theatre the room is designed for musical theatre, so there are few reflective surfaces for sound to help amplify the actors naturally and all shows must be run with full wireless.

Sometimes sound design also means just helping out the sound, so its also meant quietly enhancing actors with wireless for Mirvish’s Cloud Nine, enhancing actors and setting up the sound system and mix for Luminato’s 1001 Nights, helping mix a 5 piece band with live actors in an acoustic nightmare of a room. Or sometimes its finding a way to fool the acoustics of the room for people. In Cat on a Hot Tin Roof at Shaw, we had actors offstage calling and supposed to be sounding far away, so we had to rig up mics sending reverb to speakers backstage to fool people out front that they were far away.

In these cases the title of sound designer carry different roles, from designing the sound system, cabling and com systems as well as wireless mic positioning, colouring, radio frequency mapping and even speaker delay timings.