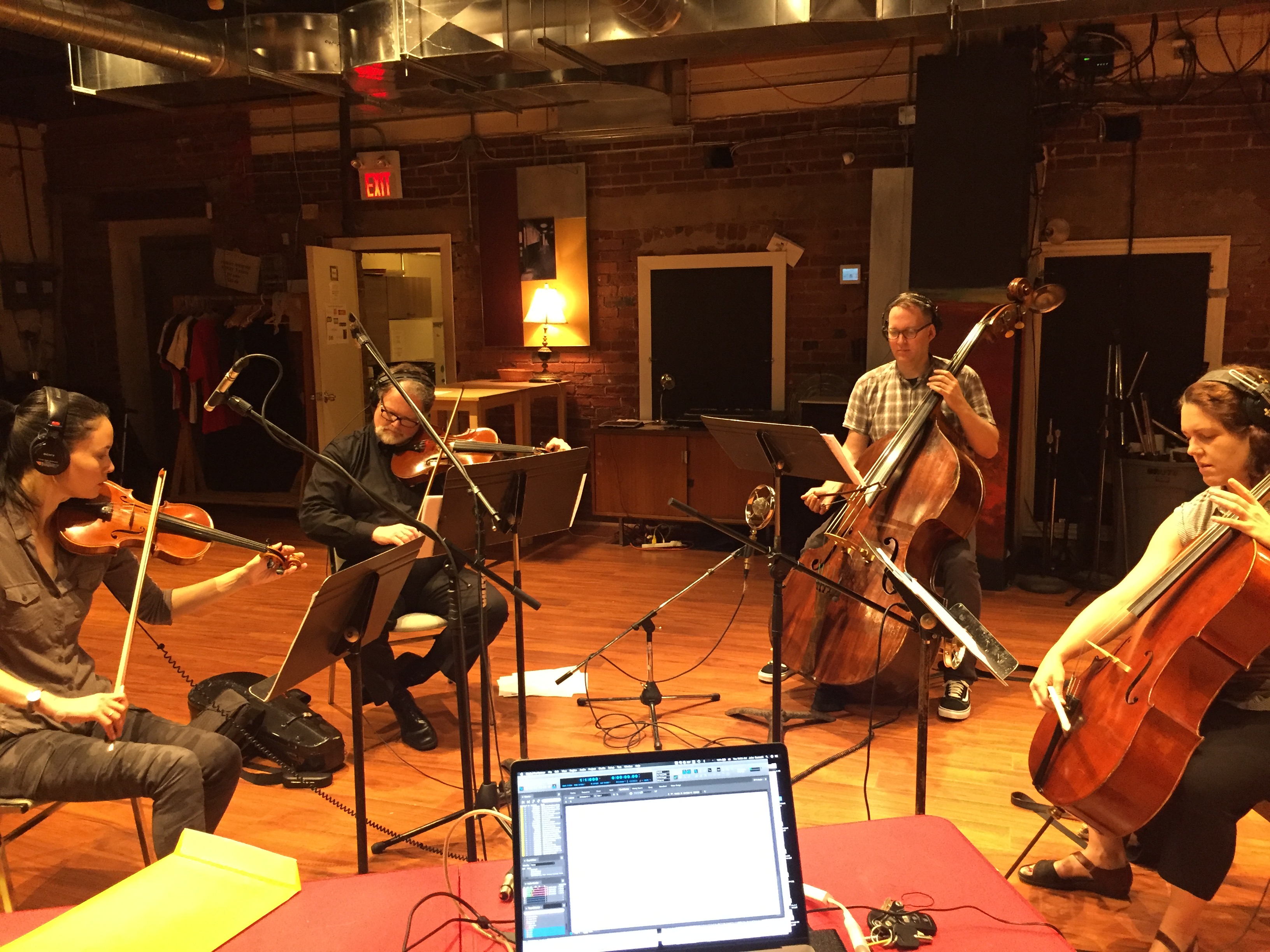 Writing music for theatre presents some interesting challenges. If the music is to be underscoring, it has to be simple enough to not make the audience want to listen to the music, yet still interesting enough that it doesn’t steal focus. Music for transitions and movement, where the composer isn’t constrained by text is more open but still contains challenges. It must help you inhabit the world of the play, give you a bit of new information and help illustrate the mood of the moment. In some ways the most successful compositions for theatre are the ones you don't even notice, that keep you in the story.

Theme from Cat on A Hot Tin Roof - trying to get a drunk, southern lazy afternoon feel to the top of the show. Featuring Peter Lutek on sax/clarinets, Lina Allemano on trumpet and Rob Clutton on bass, its also got me on guitar and some filler samples and sounds.


Typewriter dance from Age of Arousal - Linda Griffiths play was set in the late 1800’s in England around the dawn of the typewriter and smartly dealt with images of feminism and technology. The music was to give a bit more mechanical and period sound to the show, to fit in with the themes. This part was for a staged dance with typewriters. The music was played back as an 8 channel system, with one instrument coming through each speaker in the courthouse at the Shaw Festival. Directed by Jackie Maxwell.


Theme from More Fine Girls - for Tarragon, this was a second chapter to a play written 20 years ago, so I used some elements of the first show, with music by John Millard, using digeridoo and guitar and whistling as the central sounds. It was a comedy, if you can’t tell.


Here’s a cue from And the King Dances, for Humber, directed and created by Tatiana Jennings. I was asked to create a combination between techno and baroque music.


Soulpepper’s version of Home was very beautiful. Directed by Albert Schultz the play takes place in a strange, unidentifiable outdoor location. I used a microtonal guitar, the adapted guitar in 43 tone just intonation, to create a slightly creepy and off sounding theme.


Shaw Festival’s Ideal Husband used a very cool black metal set design and costumes that were modern takes on the period, all by Judith Bowden. Under Jackie Maxwell’s direction I went in a similar vein and wrote a theme for string quartet and added more techno/modern drums to the piece.


For Haley McGee’s show, Oh My Irma, a little lapsteel and a quirky loop gives a little crazy music a sort of old sounding theme.