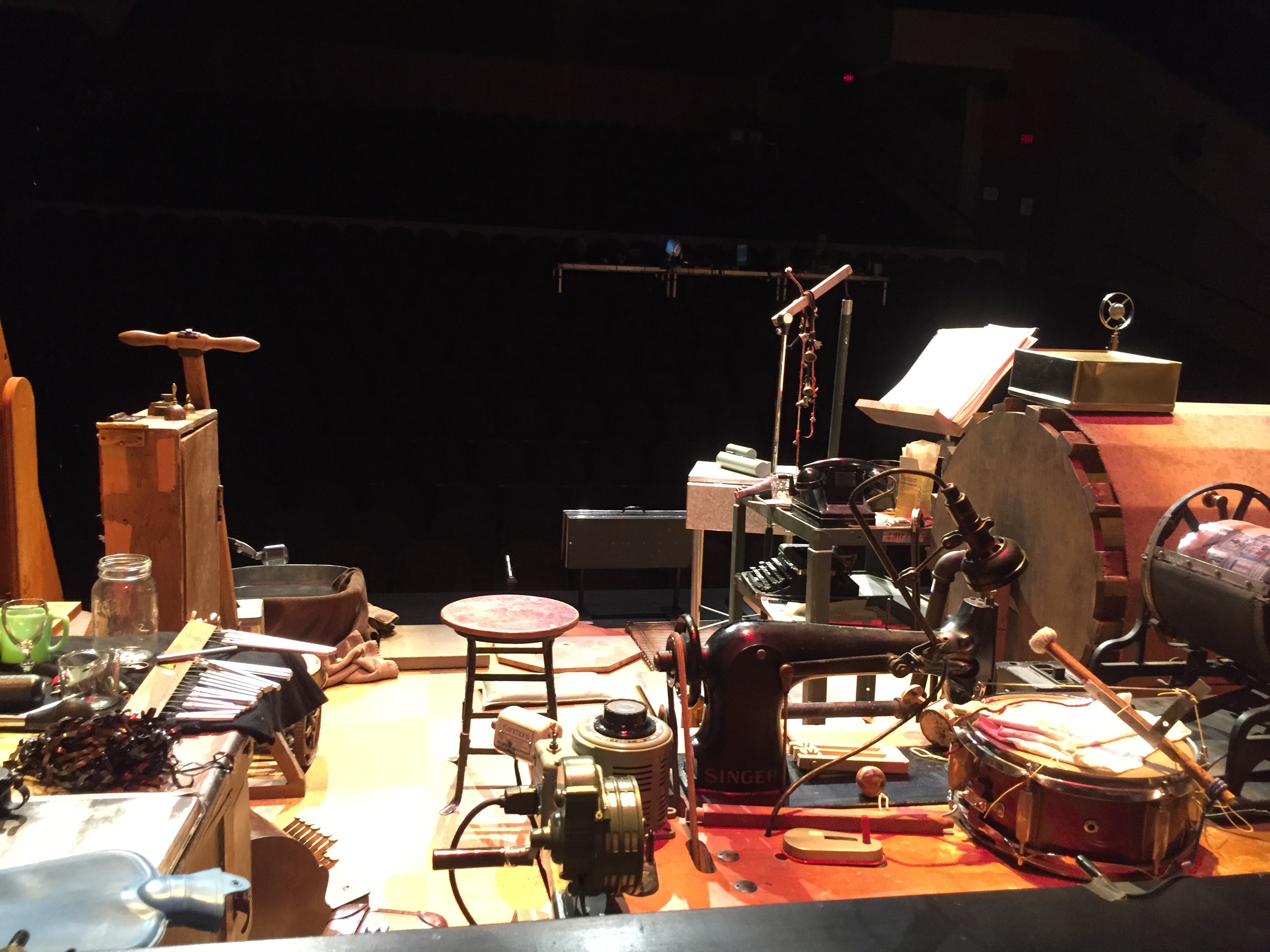 Sound design in theatre is a term that can mean different things for different shows, with two main categories, musicals and straight theatre.
In straight theatre its mostly a content job, creating sound effects and implementing them into the system and occasionally adding amplification to actors.
In musical theatre its largely amplification, from system design to board programming, mic placement and mixing a show.

Most of my career has been in straight theatre, with a few forays into musical theatre.

Sound effects part can be quite interesting, with their own set of challenges.

For Shaw’s Misalliance at the Shaw Festival, I was asked to create the sound of a fly turning into the sound of an old biplane approaching. Here’s what I came up with:


Sometimes sound design also means just helping out the sound, so its also meant quietly enhancing actors with wireless for Mirvish’s Cloud Nine, enhancing actors and setting up the sound system and mix for Luminato’s 1001 Nights, helping mix a 5 piece band with live actors in an acoustic nightmare of a room using a six zone system and shotgun microphones. Or sometimes its finding a way to fool the acoustics of the room for people. In Cat on a Hot Tin Roof at Shaw, we had actors offstage calling and supposed to be sounding far away, so we had to rig up mics sending reverb to speakers backstage to fool people out front that they were far away.

For Decalogue, at Tarragon, the sound design was a major part of the show. In a show with only one word of text, with actors playing monks with a vow of silence, the sound design filled out the place and mood of the days passing. I built an 8 channel surround setup on a $200 budget that worked quite well and would allow birds to travel through the space quite convincingly.

For DVXT’s Turn of the Screw, we had a different set of problems. The play was presented in the Gardiner Museum, an 1850’s house turned into a museum. The play moved from room to room, so there was no stage and no booth, the show was designed for an audience of about 20 moving with the actors through the house. My solution was to hide 8 speakers in odd locations, hallways and under beds and wire them to a computer running Ableton Live in a closet. Then using the app, Touch OSC, I built a remote for the show out of an iphone, so the sound operator could follow the action through the house running sound remotely. It was very satisfying to sit with the iphone and be able to cue big thunder and rain that really sounded like it was everywhere.

For Soulpepper’s Exit The King, directed by Albert Schultz, the play specified the use of Jean Baptiste Lully’s Armide. So I did versions of the piece on surf electric guitar, trumpet and bass harmonica to introduce each character at the top of the show. The versions all ran simultaneously and each one faded up or down as characters entered, letting them take the time they needed and still have the music play continually and fit the action.


For that same show, I used Armide as underscoring source material, running it half time and half speed through granular synthesis to make it more underscoring material, so that the harmony still moved but slowly enough to work with the text and actions.


For Yorkville, the Musical, running at Blyth, my sound design job was a musical theatre sound design job, setting up the sound system and running cables, mixing and only a bit of sound effects. A whole different can of worms that falls under the same job description, ‘sound designer’.