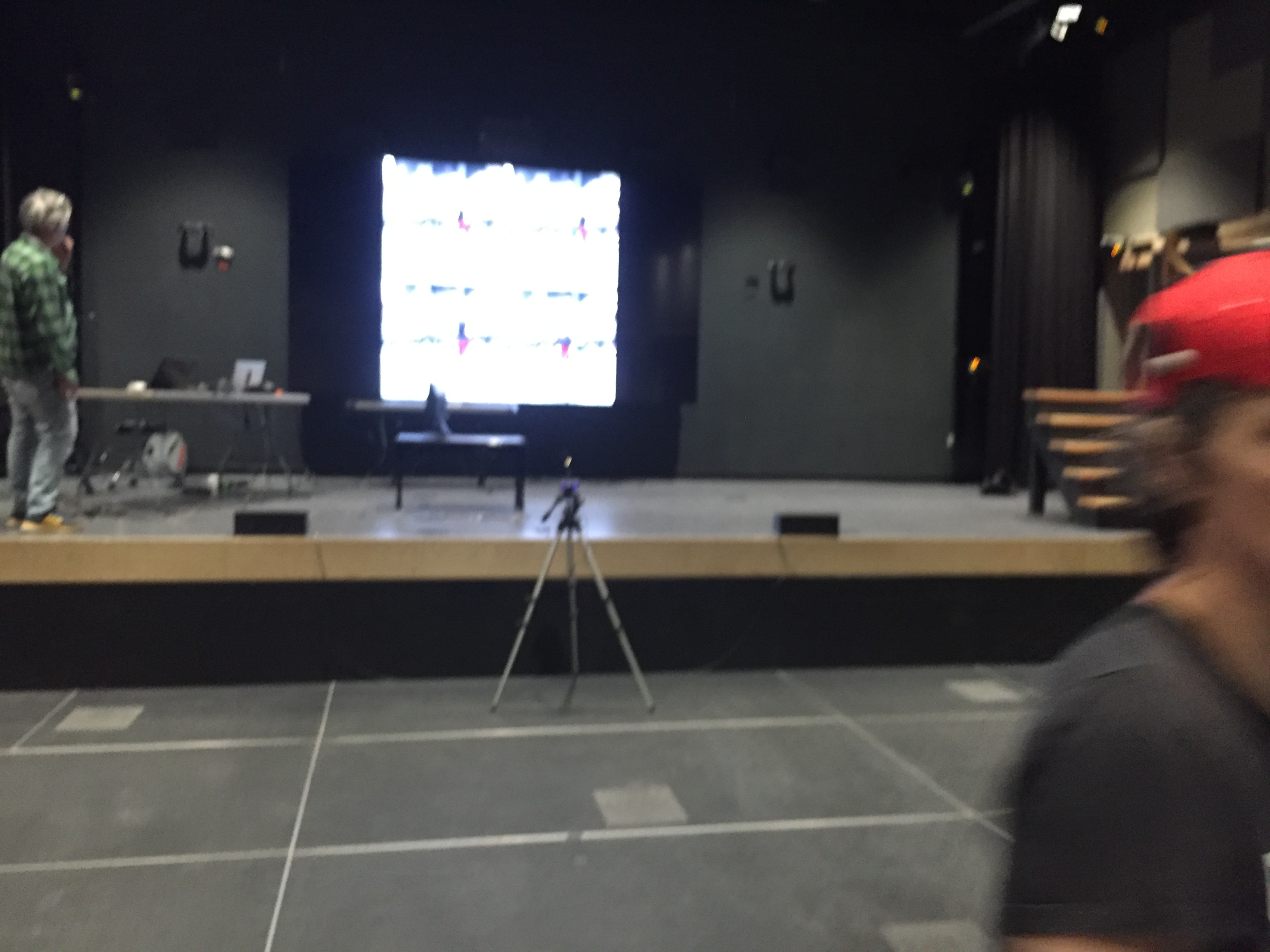 The chamberflux is a soundsculpture/installation that turns a room into an instrument that plays an ever changing "piece". Using elements from John Gzowski’s Cat’s Cradle and Garnet Willis’ Clusterflux it incorporates four long string running through pulleys attached to points of the walls on one end and weights on the other. The walls themselves will become the soundboards, and the sound will come from everywhere in the room. The four brass strings are electrically isolated, to create four individual feedback loops. Piezo elements, strategically placed, l pickup the sound of the strings and be are fed into amplifiers, the output of which drive the strings. The current from the output of the amplifiers will create an alternating magnetic field which, when strong and stable magnets are placed nearby, force the strings to vibrate in a chaotic feedback loop. the result is an everchanging cascade of pitches, rising and falling as the strings heat up and cool down with resistance to the current put through them, with no apparent mechanical apparatus.

Commissioned by Diaspora Dialogues, we created an installation piece using 50 telephone handsets playing back answers to the question ‘where are you now’, all recorded live over the course of the evening on three red, recording phones. Each phone played its one set of randomly looping answers and over the course of the evening over 400 answers were recorded. In 2011 we set up the phones for New Adventures in Sound Art, this time using looped political speeches as a source for audience members to interact with. Each time they spoke, their statements would be recorded on top and replaced sections of the speeches.